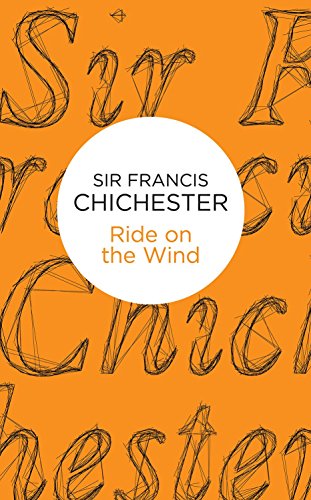 Francis Chichester's name is synonymous with the spirit of adventure and courage at its highest level. Before taking to the sea, Chichester made a firm reputation for himself as an aviation pioneer.

Ride on the Wind is the story of his adventures with his sea-plane, Elijah. After flying from London to Sydney, he simply decided to look for 'the most interesting countries I could find, uninhabited, hostile, or little known'. From Sydney, he embarked on an epic flight that included crossing into forbidden territory in Formosa in a raging storm, a narrow escape from Chinese pirates, another from a typhoon, and a spectacular crash in Japan - a remarkable achievement for a solo amateur pilot.

A thrilling adventure and the story of a man's journey alone in a plane for several months, above uncharted territory, Ride on the Wind is at its heart a fascinating and vibrant record of a world that was once very different.